What went on at the 9th HARD:LINE Film Festival

Should we start talking about Corona again? No, let's just leave it at that. You've noticed that it was good, then crap, good again and crap, good, mega crap and finally okay. You can imagine that organising a film festival under these circumstances is not that easy. So let's leave it at that, shall we? Especially since the shittiness of things is being overridden at the moment of writing these lines by the phallic urge of an unfortunately very powerful idiot. What is actually going on in the world? Is everyone crazy? No, we're not painting our magazine blue and yellow now either. Buying your sympathies with the suffering of others is indecent and disrespectful. War sucks, warmongers are assholes and those who excuse the situation we wish a highly aggressive new species of sack flea. No need to gender here - mostly men are the problem.

Whereas we have no problem with "indecent" in principle and "disrespectful" is definitely an attribute that we use. But just in the fictional space. There, where one can deal with one's own moral boundaries, which can then in turn flow into the respective opinion. Without spreading suffering. Genre cinema deals with problematic areas of morality, stands for the terrible things in the world and in the individual. Turning these dark sides into gloomy culture has always been part of storytelling and art. But we know and appreciate that this can also be crazy fun. We love the crazy spirit that lies dormant in genre films and gives us zombies, monsters, ghosts, killers, villains, gods and madness. Getting to the bottom of the currents within the genre remains our task.

Genre contributions from 13 countries have made it into the programme, there will be 31 films, 15 of them feature-length films and 16 short films. We will celebrate 17 German premieres, one European premiere and four world premieres. Despite a change of dates and an involuntary additional break of half a year, we are still the same. We're going for the shit, as the French say. With parties, concerts, guests and all the trimmings. And yet: even though we didn't really want to say it, we have to get rid of "Corona" again. We have seen how quickly it can happen with rule changes and fuss. Especially in Bavaria. That's why we are flexible in all events and ask you to be so too. Then nothing will stand in the way of a great festival. Despite all the crappiness of things. Keyword "escapism"!

The films of the 9th HARD:LINE Film Festival

Catch the Fair One

Dawn Breaks Behind the Eyes

When I Consume You

The award winners of the 9th HARD:LINE Film Festival

What is hidden behind this cryptic code is not an announcement, but a hot date certainly is! Because the girls and boys from Ghost Town Radio are here to sweeten your evening with a first-class feast for the ears. Both the stylistic range and the colourful mix of at least questionable characters that the station has gathered around it are inspiring. Yep, that's exactly our thing! The DJ set will be broadcast as a "Friday Night Live" special.

Traditions are cultivated, friendships too, and also one's hair. Freshly styled, it's time for the Saturday must-see programme. The name SUBLIME stands for music trends outside the mainstream and a desire for the unusual. The indie event will be back in the venerable cinema pub in 2022 and will once again provide you with an intense and atmospheric evening! At SUBLIME, the passion of discovery and the love of music have found their home. We love them for it!

German genre cinema is one of those things. Concrete grey and in rainy dreariness, the protagonists meander through a tough plot. This or something similar is the association with German genre cinema, because there is no such thing in the public perception. When talking about local productions, one is almost tempted to count TATORT as a genre and thus betray all conventions.

But behind the mousy façade, tender little plants of weeds are blossoming that can no longer be torn up. Wild and boisterous films with a canvas-filling middle finger proliferate underground and meanwhile also climb up to be admired. The list of examples is long, but a few of these bright spots deserve to be mentioned: RAMMBOCK has shown that German zombie cinema is possible even with the involvement of the public broadcasters; HAGAZUSSA is still one of the most ambitious cinematic essays of recent years; SCHNEEFLÖCKCHEN is a party grenade that more than meets international standards...

Maybe they are not peaks peeking out of the swamp of dramas, but even harbingers of a current? All this is possible and calls for an assessment of the situation. That is why we call for an annual discussion.

Info about the participants

"Being a film festival also means knowing where you come from and where you stand. For our part, we continue to locate ourselves in Regensburg's subculture. We grew out of it, we love its places, its players, its artists and its faces. From punk to metal, from indie to pop, from film nerd to radio play fan; all the colourful dogs and grey mice. If we're honest, it's the sideshows that make a city liveable and lovable, isn't it? This disorganised network is what we want to celebrate and show to the world. That's what HARD:LINE stands for, that's what the small and big celebrations within the festival stand for, but that's also what the closing night stands for above all. This is simply about letting go. By then, almost five days of film festival will be behind us, but also two years of pandemic shit. Let's enjoy this evening, relax, switch off our brains and have fun. As before, we will close our festival with a concert and an enjoyable closing film. But just see for yourself... 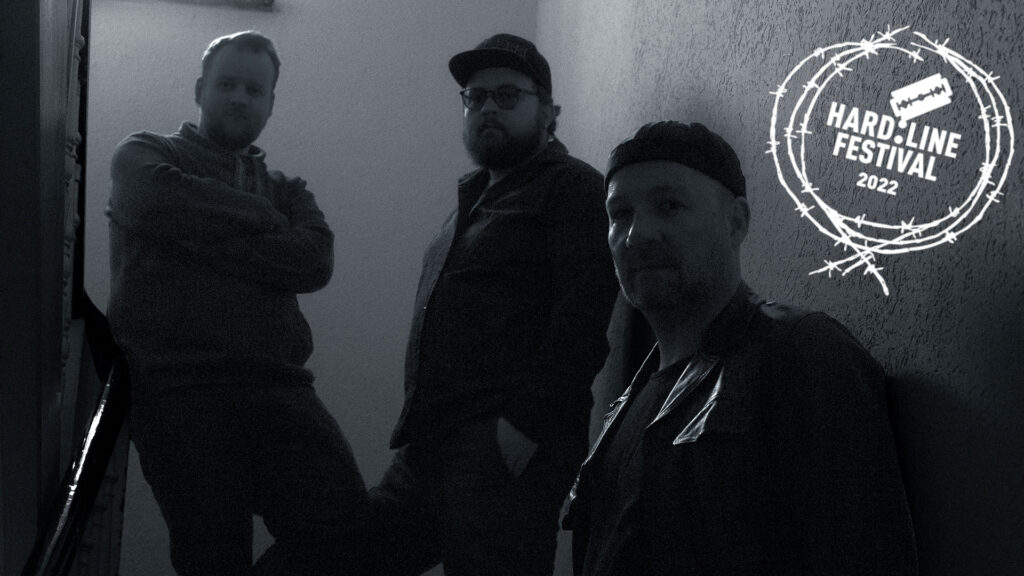 Radio play pop. What the hell is that supposed to be? Well, what it is! The three musicians are not question marks in Regensburg, but extremely familiar faces. Together they have further developed and refined the concept of the band that has already existed for years. The result is an audiophile pleasure in a class of its own, where polyphonic synth sound is just as important as grooving rhythms and progressive melodies. With every note, you get deeper into the world of {Mortimer} and could almost lose yourself in it. Great cinema!

Five girls, plus pizza and alcohol - that's what a real party must look like. But when the car starts having problems, a stopover somewhere in the middle of nowhere becomes necessary. Luckily, the cranky old lady at the petrol station has a cabin for rent. Far out by the lake, where you can't hear anyone screaming. Anyway, it was a party, right? It was party time, wasn't it? Pizza shoved in, a little booze, pyjamas out and off we go. A woman doesn't let a sinister man with a one-metre drill spoil the mood.