What happened at the 1st HARD:LINE Film Festival

What does a small festival like HARD:LINE actually want? What makes it stand out from the other great film festivals in our cathedral city and thus basically gives it its raison d'être? It is just as difficult to find answers to these questions as it is to find reasons why people expose themselves to the media's portrayal of violence in the cinema in the first place.

The answers to such questions are as varied as the cinemagoers with their respective life experiences. What is clear, however, is that extreme cinema has been around since film was in its infancy and it continues to enjoy great popularity. The question that should therefore be asked is only partly directed at those who watch films, more so it is directed at filmmakers and culture itself. For the marginal film in all its facets is inevitably a part of this - from it it emerges and in it it is received.

Instead of demonising horror films, thrillers or science fiction flicks, we should talk about them; we should be allowed to see them and think about them. Considered a cultural asset, extreme cinema is entitled to its place in the film landscape. The former HARD:LINE film series wanted to create a platform for this, and the HARD:LINE festival is also committed to this mission.

We are looking forward to presenting the perspectives and limits of extreme cinema for three days and have selected five outstanding genre contributions for this purpose, which could hardly be more extreme and yet more contradictory. They are films full of virtuosity, playfulness, seriousness, madness and fun. We wish you the latter too - at the first HARD:LINE festival!

The films of the 1st HARD:LINE Film Festival

A Field in England 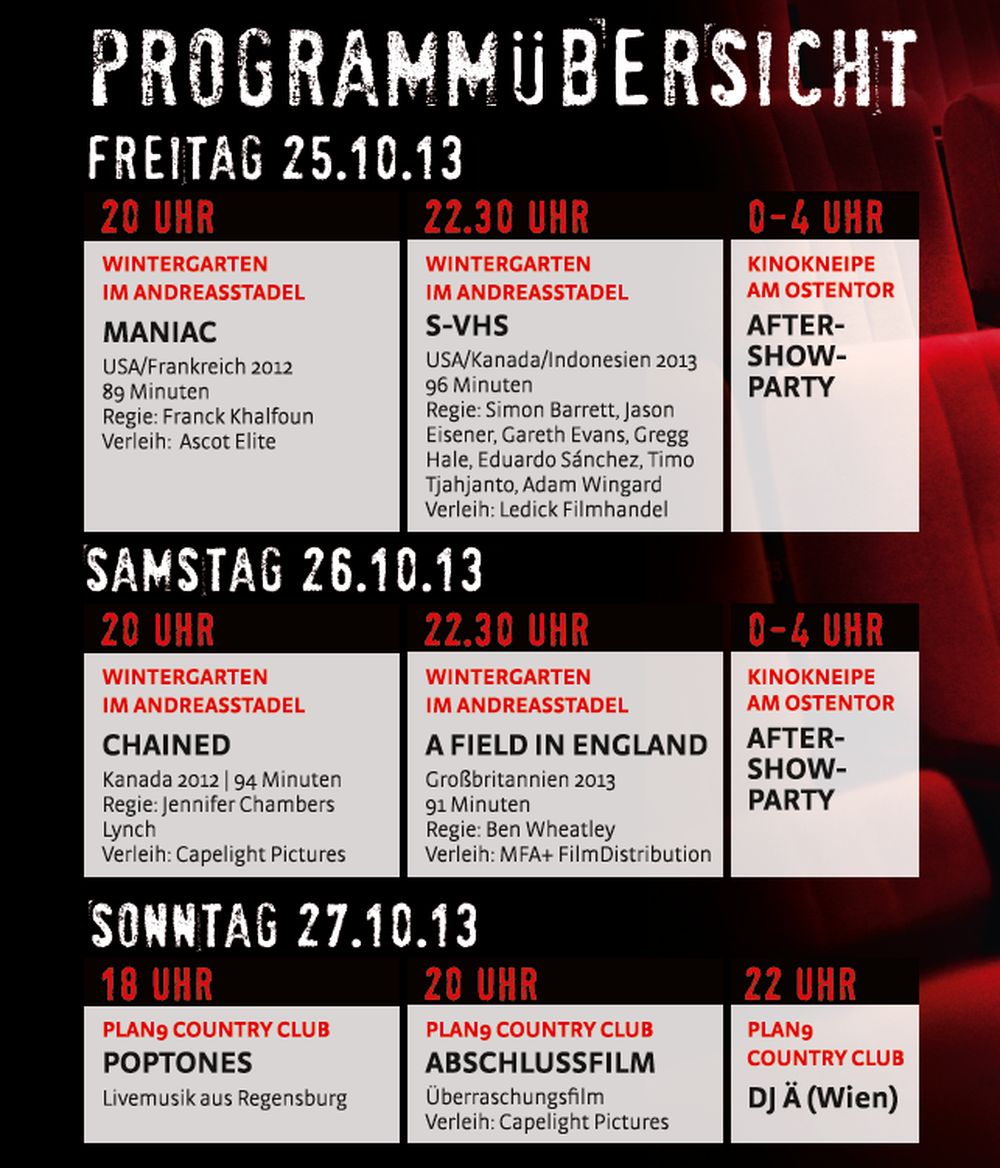 "Hey DJ, can you play a song by 2Pac?". Many record entertainers have had to endure this and similar, even though an old Chinese saying says that a DJ is not a jukebox. Be that as it may! With us, the master of the records is still his own. We, as friends of good music, are allowed to listen to the whole thing with rapt attention, recite its mood and sympathise with it. As you can see, it also requires a lot of trust to put a party in the hands of a single music expert.

We have found our DJ of trust in the internationally known and appreciated DJ Ä and are pleased that he will come up with something special for this evening. On this special evening, we will only play music from films. These can be scores, but also hits that have left their unmistakable mark on films. It is DJ Ä's declared intention to put such a stamp on the first HARD:LINE festival. Come in large numbers and enjoy a hopefully unforgettable evening with friends of good films and good music.

A festival without a party is just an ival... But since nobody knows what that is, it doesn't make sense. As a logical consequence, we want to celebrate the end of the first HARD:LINE festival together with our guests. So here's the deal: we provide the necessary framework for a party and you make it a party! Deal?

A musical legend of Regensburg opens the evening at 6:30 pm. The Poptones are a band that were among the big names of the cathedral city and are now celebrating their revival a year later. They offer a proper round of acoustic party rock, the likes of which you rarely get to see and hear. A must for all friends of good music.

After the "Encore!" shouts for the live band have slowly died down, we would like to continue with the promised surprise film at 8 pm. It's really hard for us to keep quiet about the title. We have seen a variety of films for this evening, of which our final film has unexpectedly and literally at the last minute prevailed. We guarantee you some diverting adult fun that couldn't be better suited to the locale of a vegetarian restaurant. Beer, friends and a party film - what more could you want?

Festival navigation
Next FestivalHARD:LINE Film Festival 2014Next
Back to the festival overview